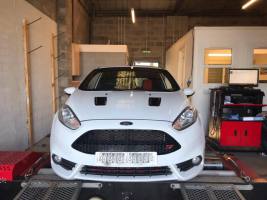 We had Keith’s Fiesta ST180 in a couple of weeks ago for our custom software calibration.

This one wasn’t straight forward though...

First off, we dyno’d the car, to see it making 183bhp 284nm, so pretty much standard figures for the bolt on mods

Next we carried out datalogs, and the set about tweaking the software to suit the mods

We found an o2 spacer fitted to both the front and rear sensor. An o2 sensor spacer is used to move the sensor away from the path of the exhaust gas to avoid putting the EML on when a decat is fitted. The rear sensor monitors the CAT’s efficiency. The first sensor deals with fueling. So having the first sensor spaced away wasn’t helping.

With the spacer removed, it still didnt make the power expected.

After more datalog checks, and hardware checks, we suspected the High Pressure Fuel Pump Cam Bucket could be worn.

The customer decided to take the car away and fit the cam bucket.

On removal, youl see from the picture, its worn.

With a new HPFP cam bucket fitted, we tested the car again on the dyno, this time, making 246bhp 403nm on a hot engine. Thats 42bhp 67nm from replacing a worn mechanical part, that doesnt throw up any fault codes, and wouldnt be found during a mapping session unless having a dyno with datalogging.

With tuning, nothing is straight forward, its to be expected, its part of the job 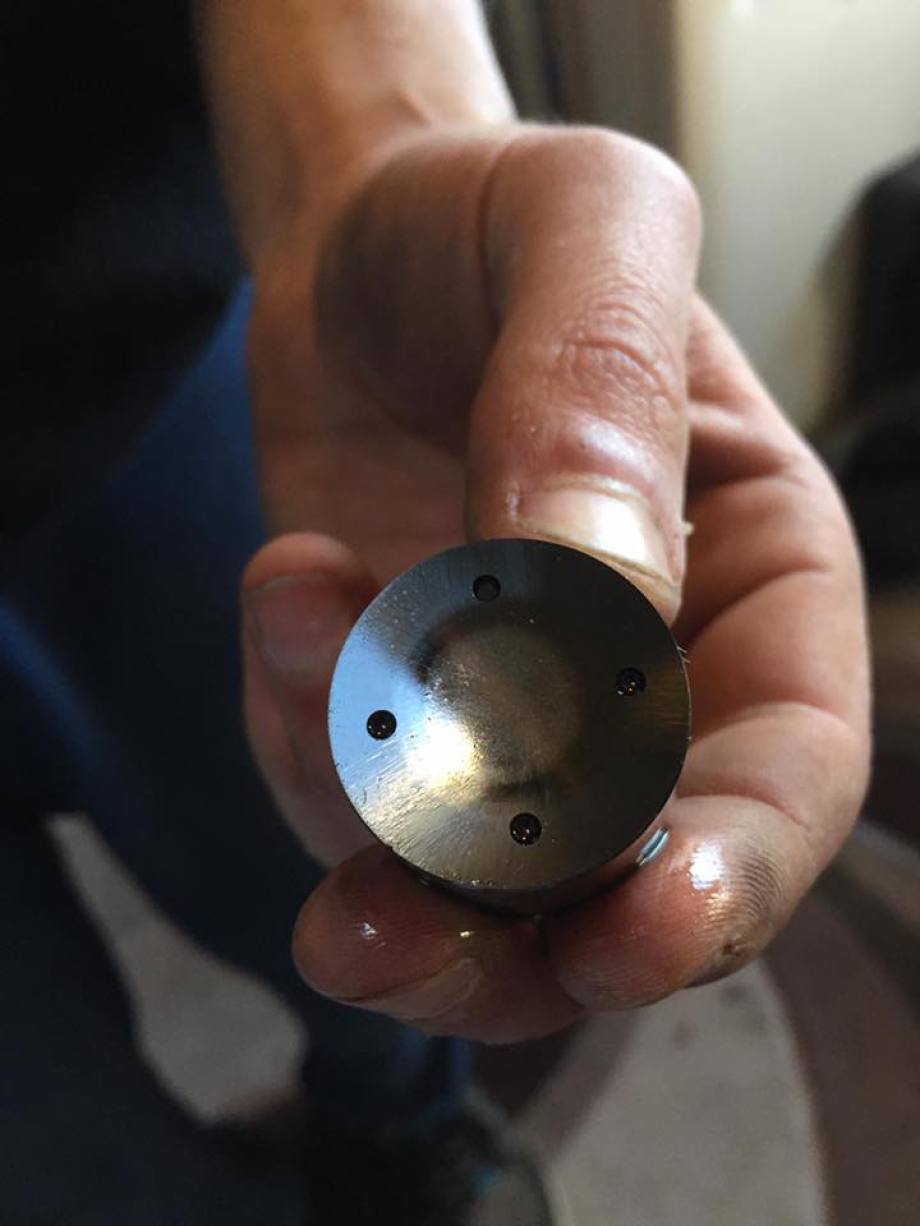 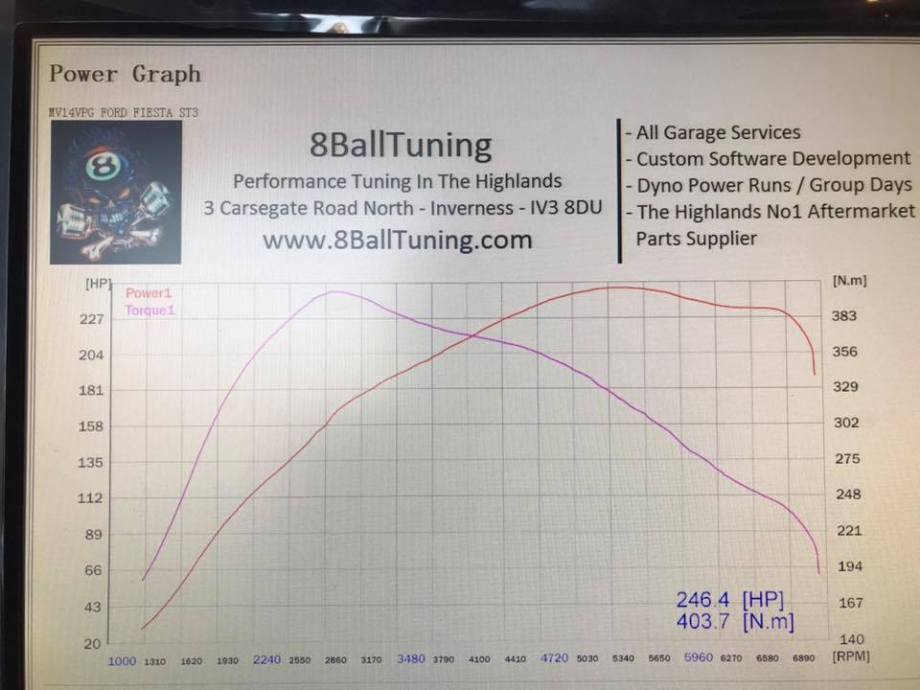